In today’s world, being young is a global lifestyle choice. We live in a postmodern society in which infantile behaviour had become an aspirational model to follow. An ideal of being carefree, having fun and being uncommitted. Individuals try to return to their safer, childlike worlds to relieve themselves from the pressure of stress and anxiety in this modern world. According Crawford, people try more and more to escape their pragmatic boring, daily lives. In fact, as reported by Bernardini the postmodern adult is by now characterized by an unprecedented infantilistic nature. He chases the aesthetics and lifestyles of young people, lives in a state of continuous present, postpones or eludes those stages that used to mark the social recognition of maturity as well as the responsibilities and the preclusions involved.

A new social figure has emerged: the infantile adult or, as recently named in the American scientific production, the kidult. But what is a kidult and why opt for a regression toward youth or even infantile ages?

According Crawford the kidult is a figure of the twenty-first century; an adult ‘child’ who acclaims certain youth values while denying his or her real age, showing no motivation whatsoever in building archetype 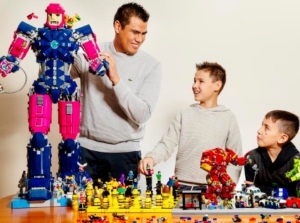 al adult markers such as independence, work stability, and a family to settle down with.

The concept is useful to describe an increasingly recurrent reality: husbands in their forties who spend hours playing the same video games that obsess adolescents, fathers verbally and physically involved in fist fights at their children’s game, politicians and managers who behave like impulsive teenagers. Young adults who live with their parents, watch cartoons and see in marriage and in parenting an obstacle to their independence. But also fifty-year-old women who wear clothing as if they were in their twenties.

Below a few reasons why people choose to live and behave like a younger person: 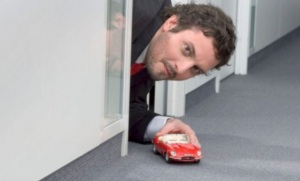 Research has shown that mainly men adopt the kidult lifestyle, in this case we call it the Peter Pan syndrome or in Dutch: ‘Het Pietje Bell complex’.

It was Peter who showed us what it would be like to stay young forever. Peter Pan symbolizes the youth, the joy. He sailed all possible ways to get out of it, becoming mature. Unlike Peter, our children cannot flee the adult world. They do not want to see reality, behave inappropriately and evade adult responsibilities. They prefer to stay what they once where: little boys.

The symptoms of this syndrome begin to develop between twelve and seventeen years old. You can only speak of the Peter Pan complex if the problem influence daily activities. And if they also stand in the way of entering relationships.

Five symptoms to recognize someone with the Peter Pan syndrome:

To further investigate the kidult phenomenon, we conducted a short survey of 106 people, who voluntarily worked to complete it. The questions are based on observable and non-observable characteristics of a kidult. We have also been inspired by previous scientific surveys on this topic.

The results of this survey can be found in the Powerpoint  presentation.

Bernardini, J. (2014). The Indicators of Adulthood in the Postmodern Context . Editura Lumen.